Forum rules
Forum Rules For All Members: No posts of any kind containing offensive language or personal insults will be allowed. Also, no pictures depicting full nudity whether in a post or an individual members personal avatar are permitted. Spamming or multiple trolling posts by members in an offensive way are also not permitted. Violations of these basic guidelines will result in Admin taking action starting with a warning and up to a permanent ban from the community for repeat offending members.
Post Reply
3 posts • Page 1 of 1

After finishing up Dina the Parasaurolophus the other week I was back into all things Dinosaurs and to my utter delight I managed to bag an original kit by the titular company (no defunct) and no piggy banks were raided either.

I have also got another Brachiosaur kit from the Tamiya diorama range and my plan is to have a adult (probably female) with a juvenile alongside. The Horizon kit when complete is 3ft tall so she's a BIG beastie. The Tamiya kit is a tidy 18" tall so hopefully the juvenile will look good walking alongside its mummy. Once again I will have sounds with the display and have been trolling all the Dino sites and museum sites I can find and have a pretty good collection of the sounds these animals could possibly have made. I also have a lot of the Jurassic Park sounds as well. I could have got a recast kit and saved a few pennies but I jumped at the chance to get an original.

The kit is vinyl which will make a wee change from styrene and resin. I have made a wee start to my girl so on with the pictures methinks. 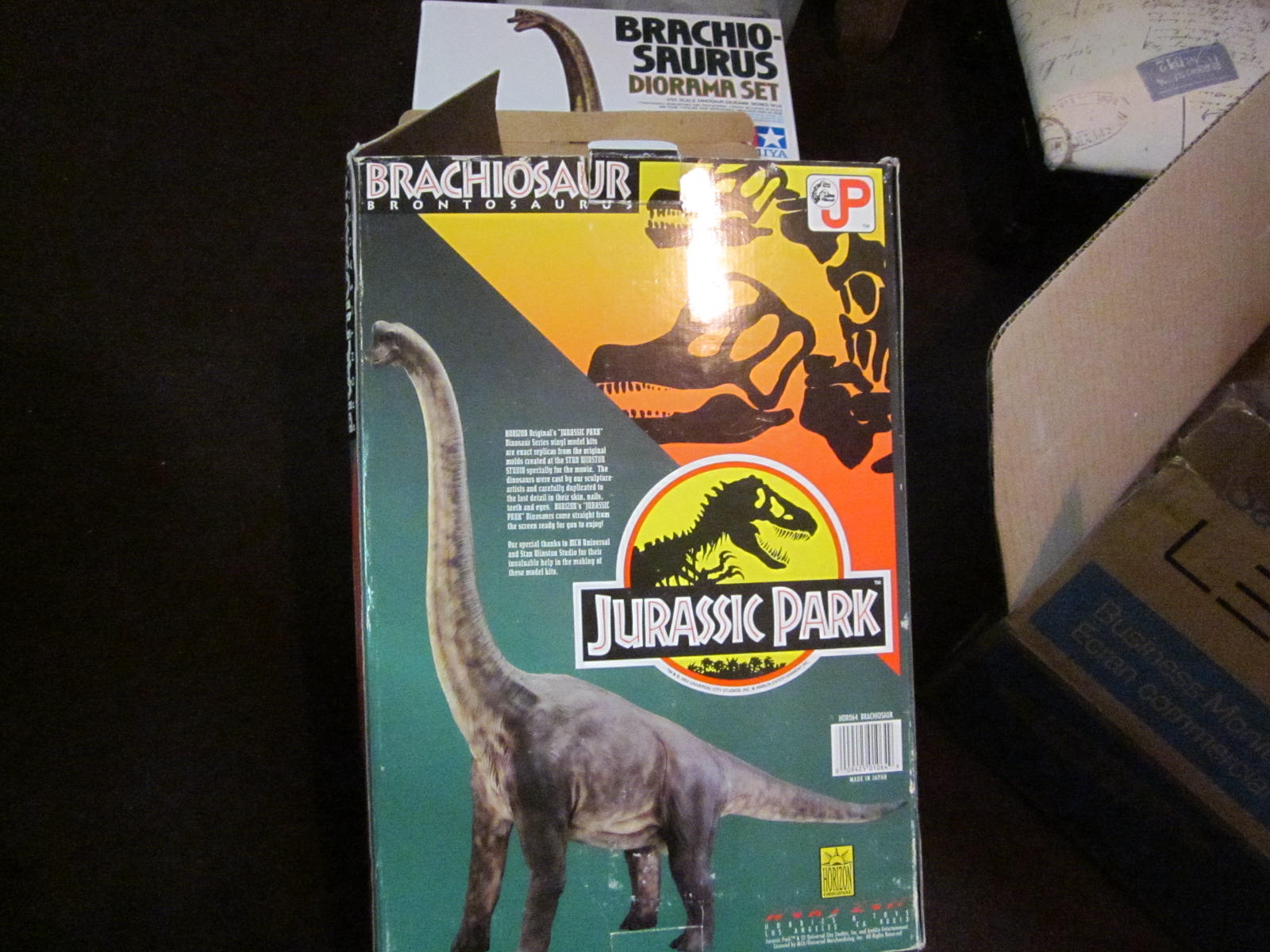 Having a look at all the pieces (not too many to be honest but each part bar her lower jaw hints at how big this kit is). 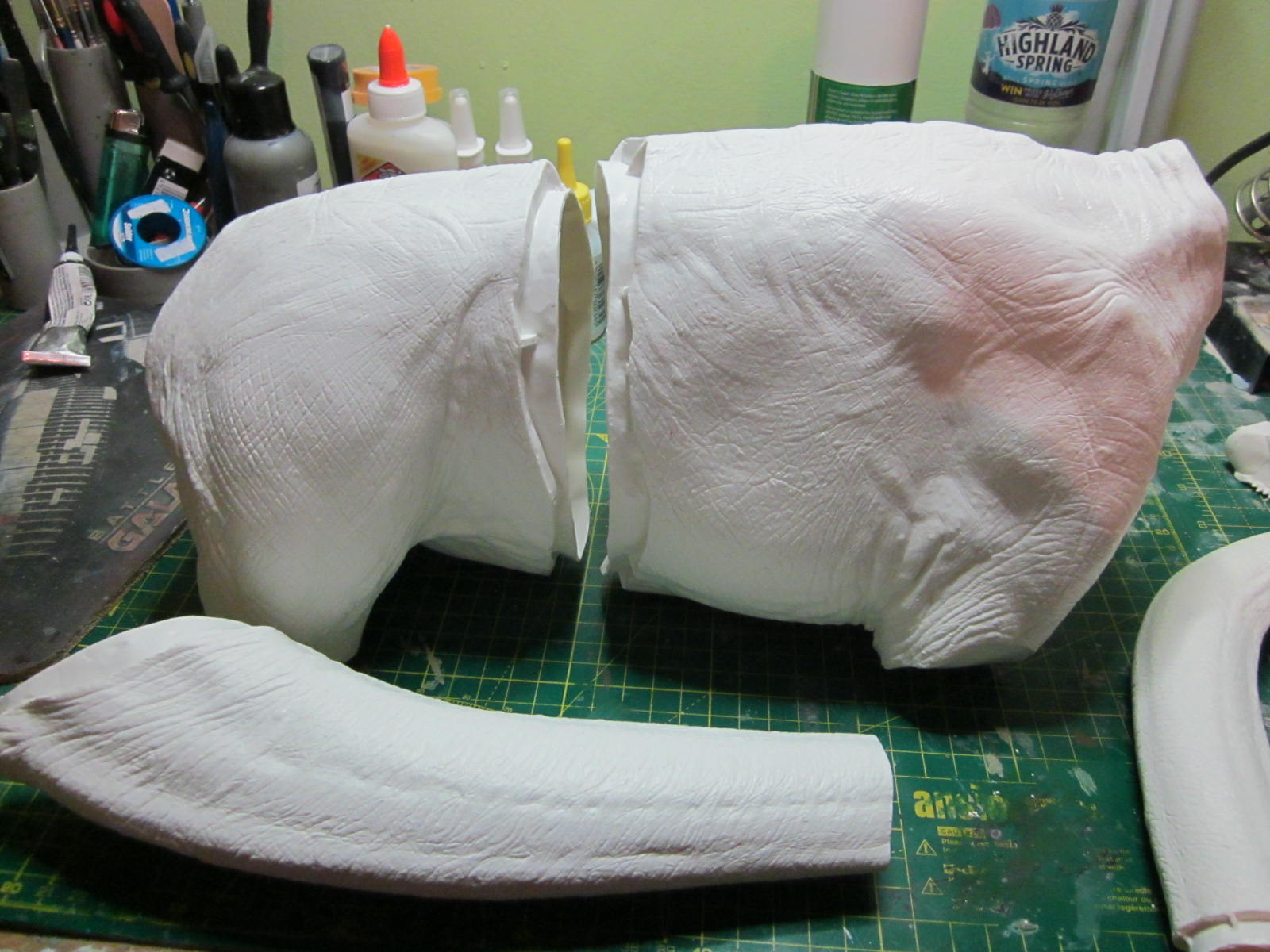 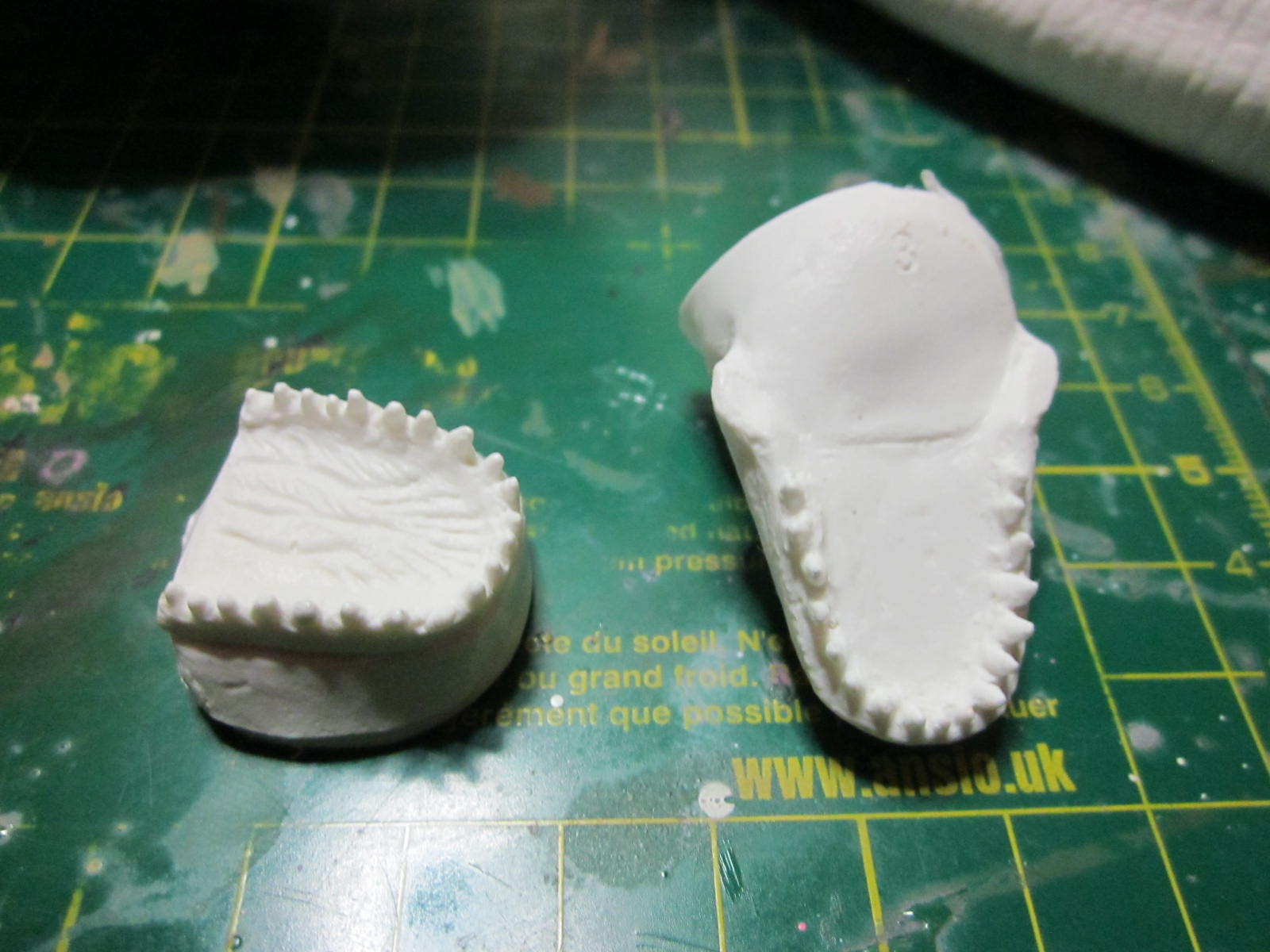 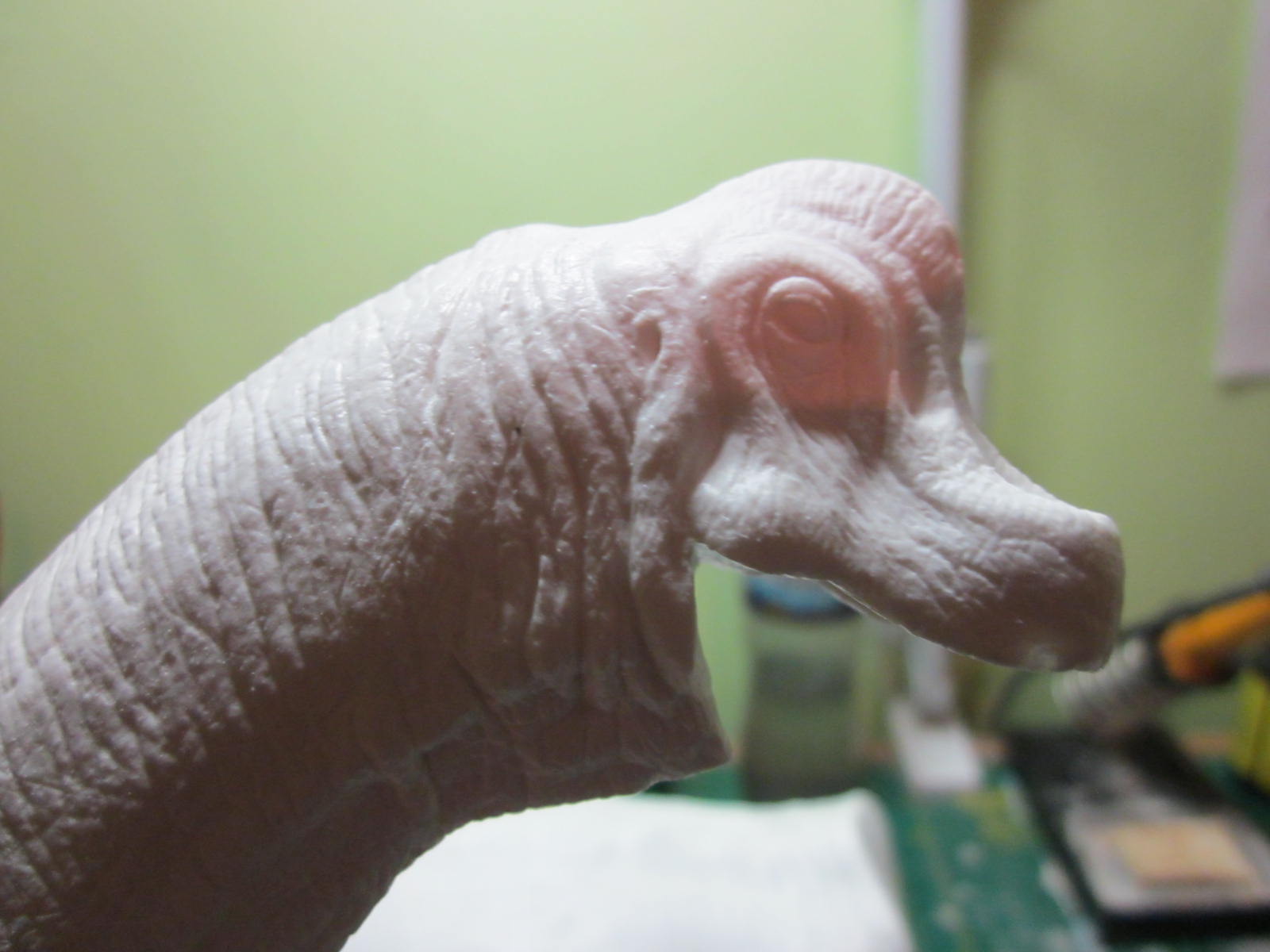 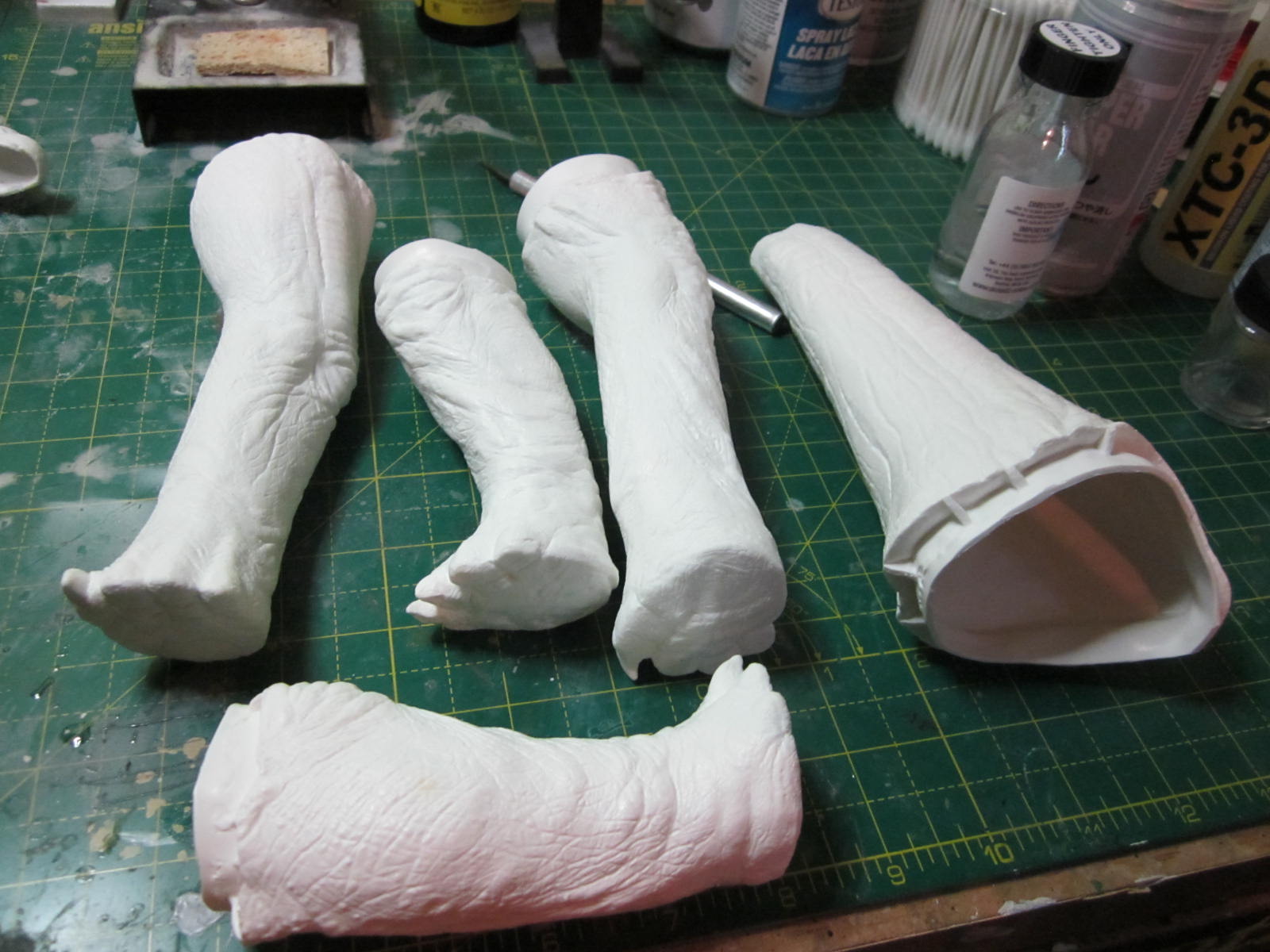 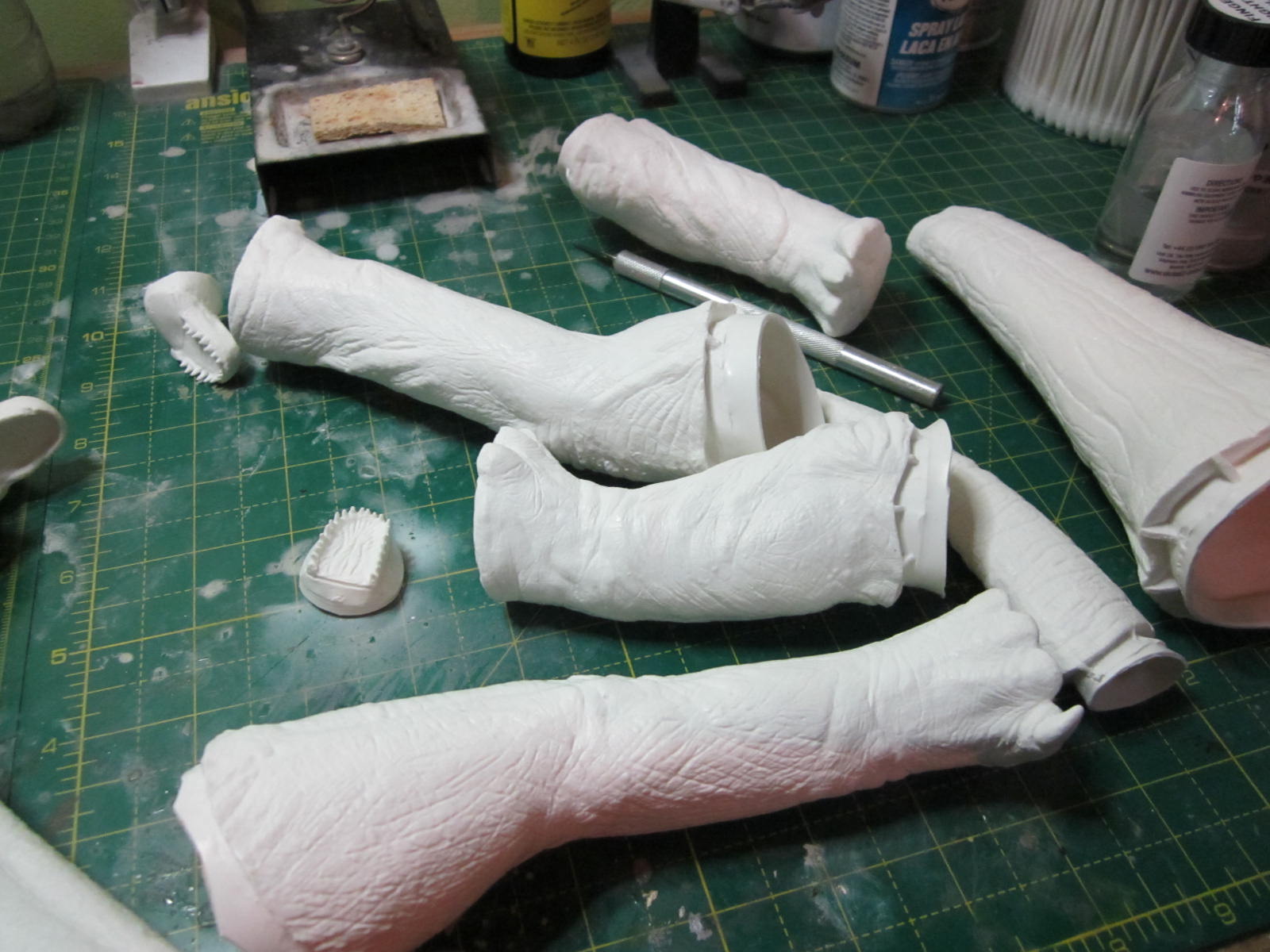 I have made a general start on her but the first item on the agenda was to trim all the part and the next after that was to fill her legs with Plaster of Paris up to about 10mm from the top so I had some vinyl that could be heated and shaped when attaching her legs. Once the legs where attached I pored more plaster into the leg holes from inside the body so all four legs were filled . 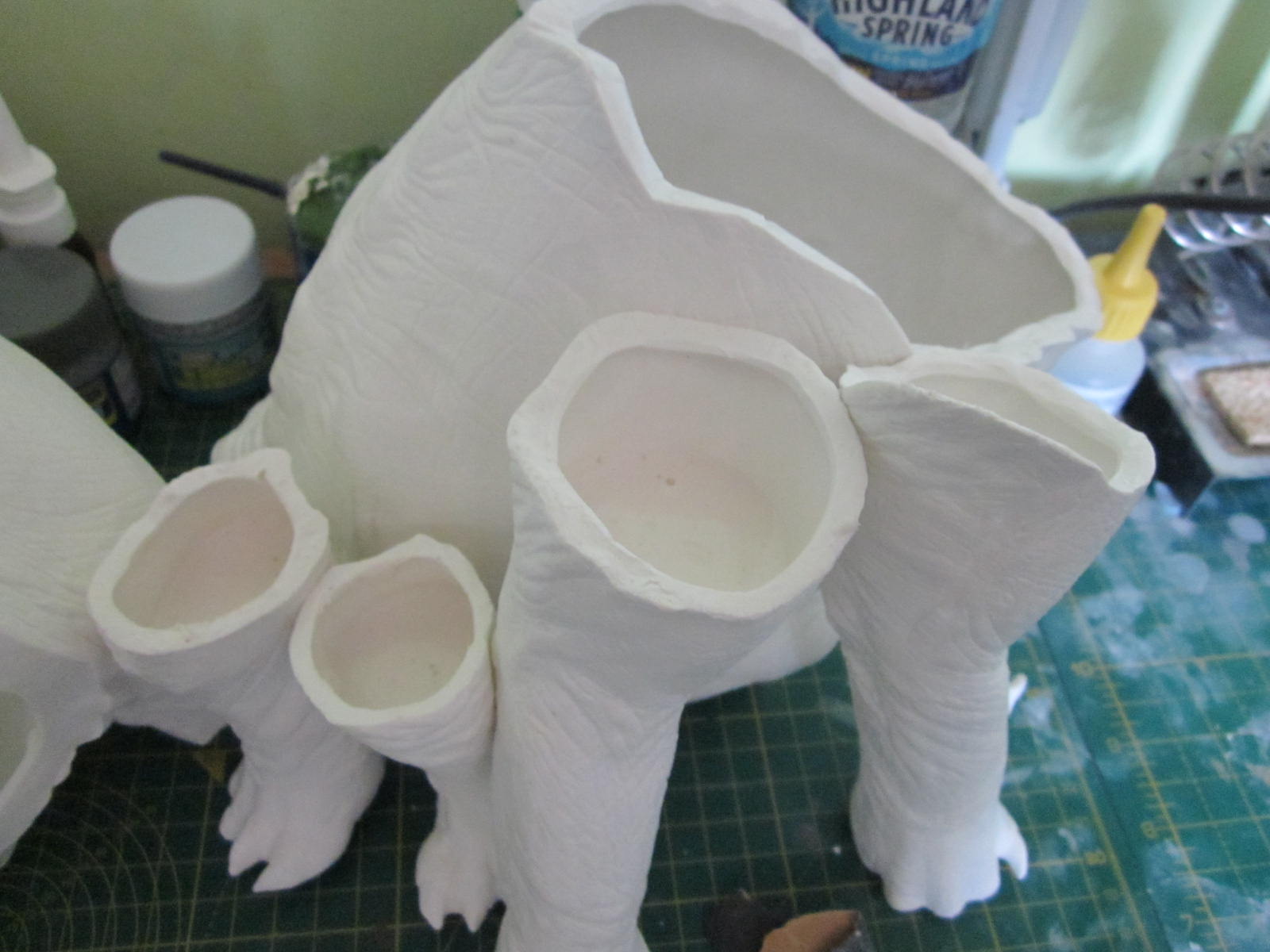 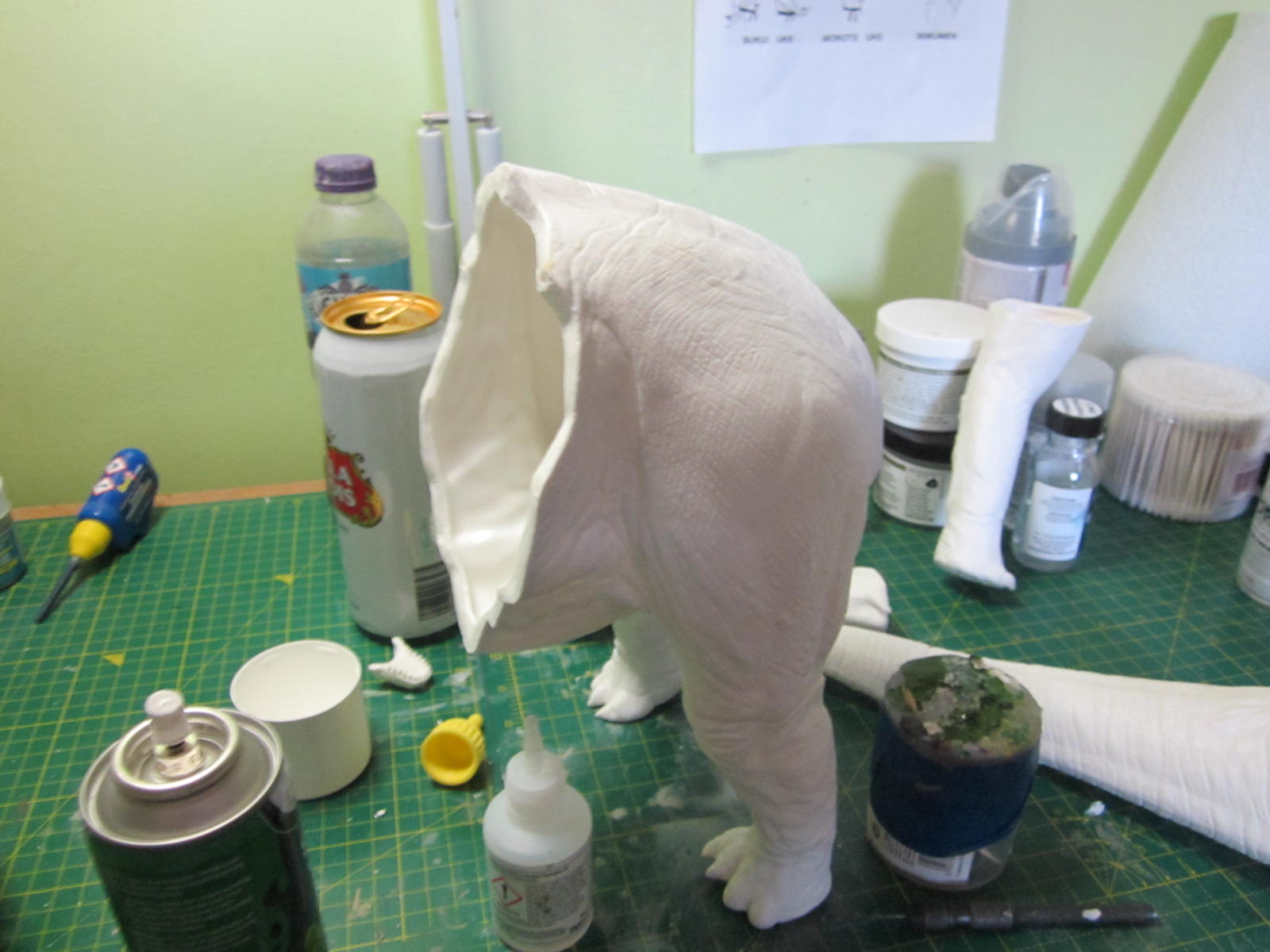 To add some rigidity to her neck and tail I pored more plaster in, swirled it around to get a good coating on the inside and let the excess drain away. Before the plaster hardened I just wiped the inside of the tail/neck where they would join to the body to depth of about 10mm to again give me some vinyl that could be heated and shaped more easily when attaching to the the body. 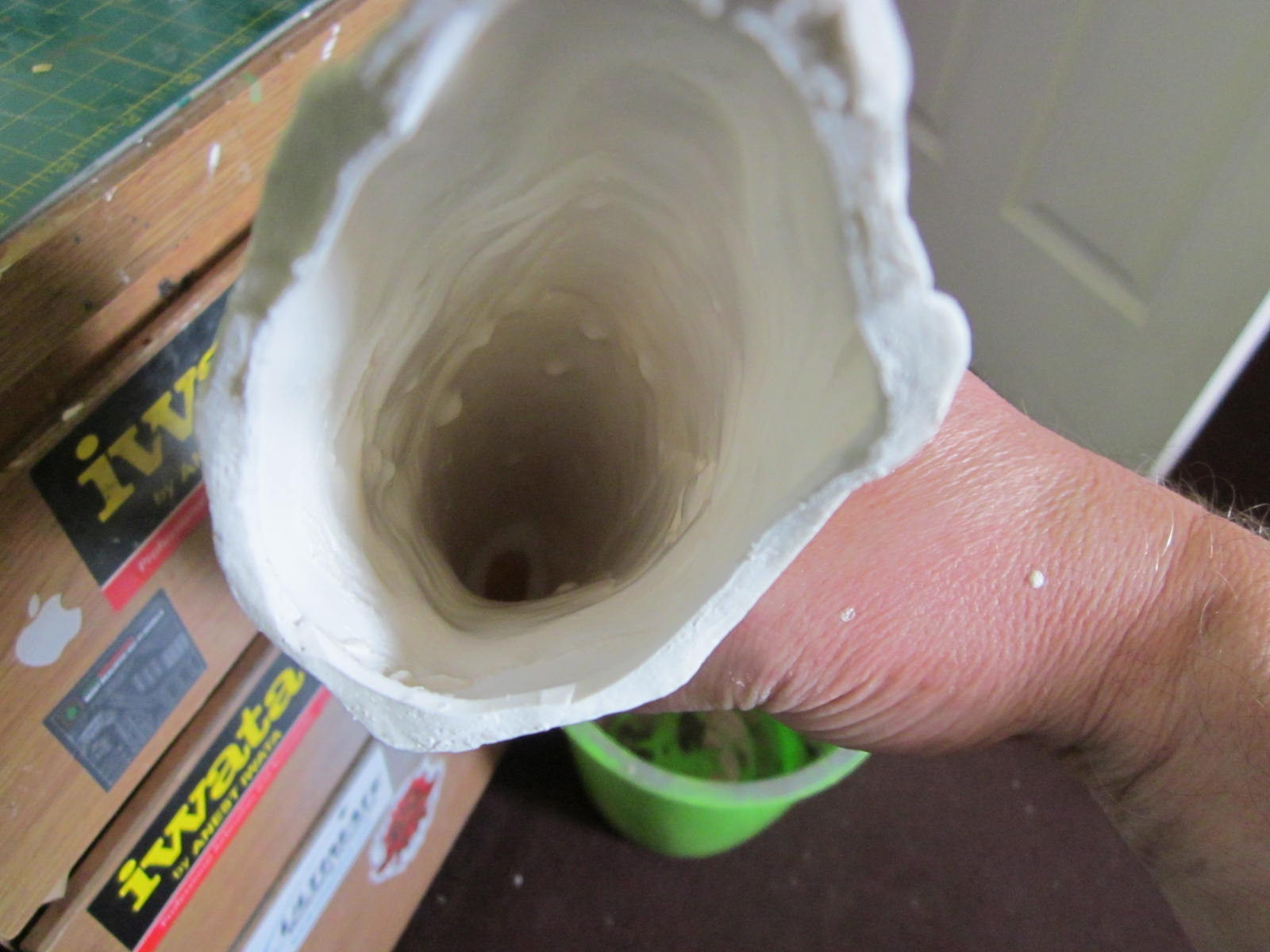 Attaching all the parts went pretty well with slowly heating the vinyl where there were gaps (and there was a beauty at the lower neck that was easily 20mm) and quickly cooling it to keep the shape and this was repeated until the gap was much more manageable and more easily puttied up. 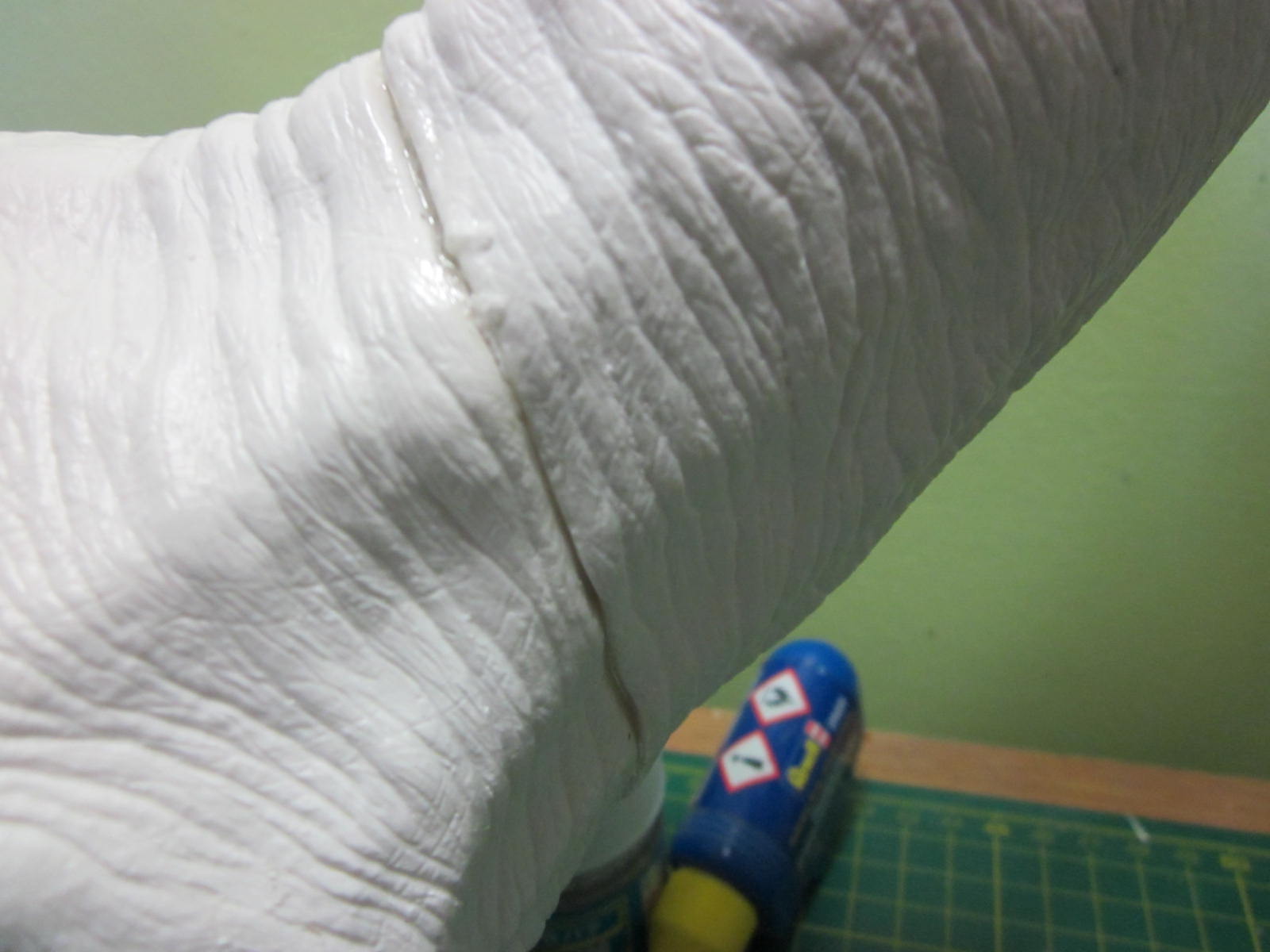 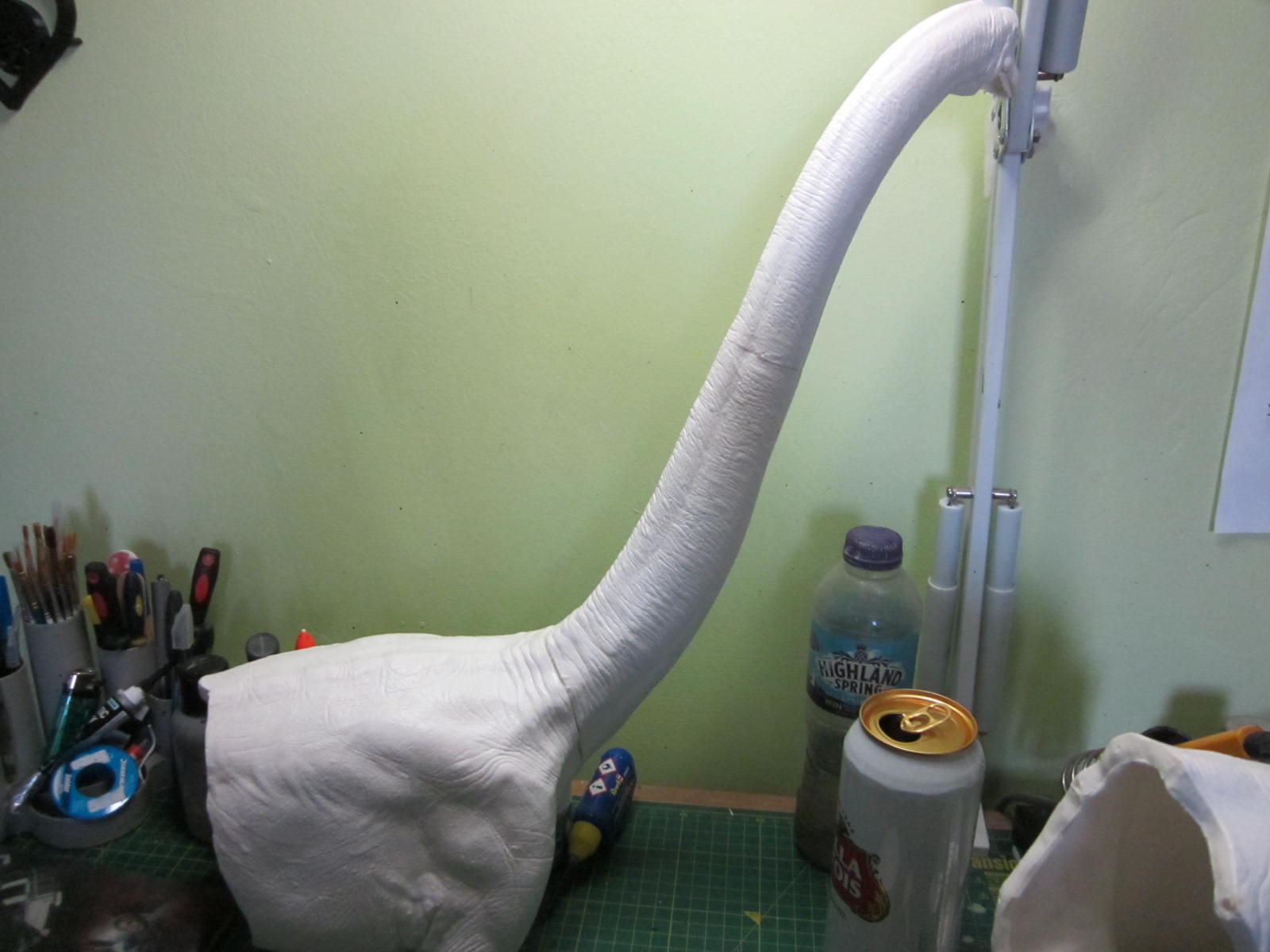 There we have it for now and once again I hope you all join me and take a trip back to Jurassic Park.
Iain

This is the first close up look i got of this kit. i look forward to seeing more
.... Dirk

In the midst of this pandemic I actually managed to get a lot of work done on the big girl. Been a struggle though as having to self isolate sucks any degree of motivation from me.

Anyhoo! The big Horizon kit has been completed and apart from needing to tackle the seam around the middle of the body she's pretty well done with regards to actual construction. I just need to paint the inside of the mouth then attach the lower jaw. 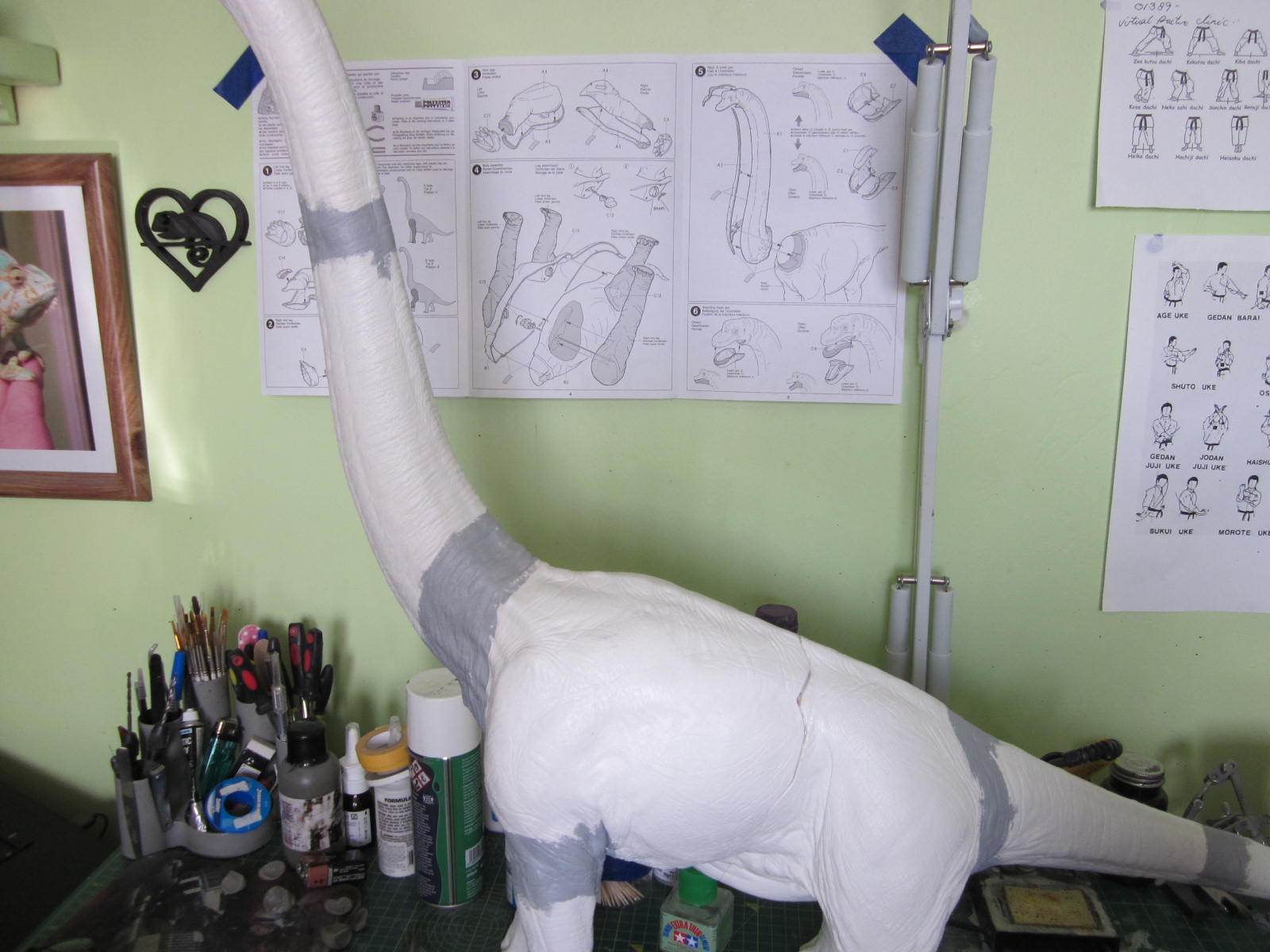 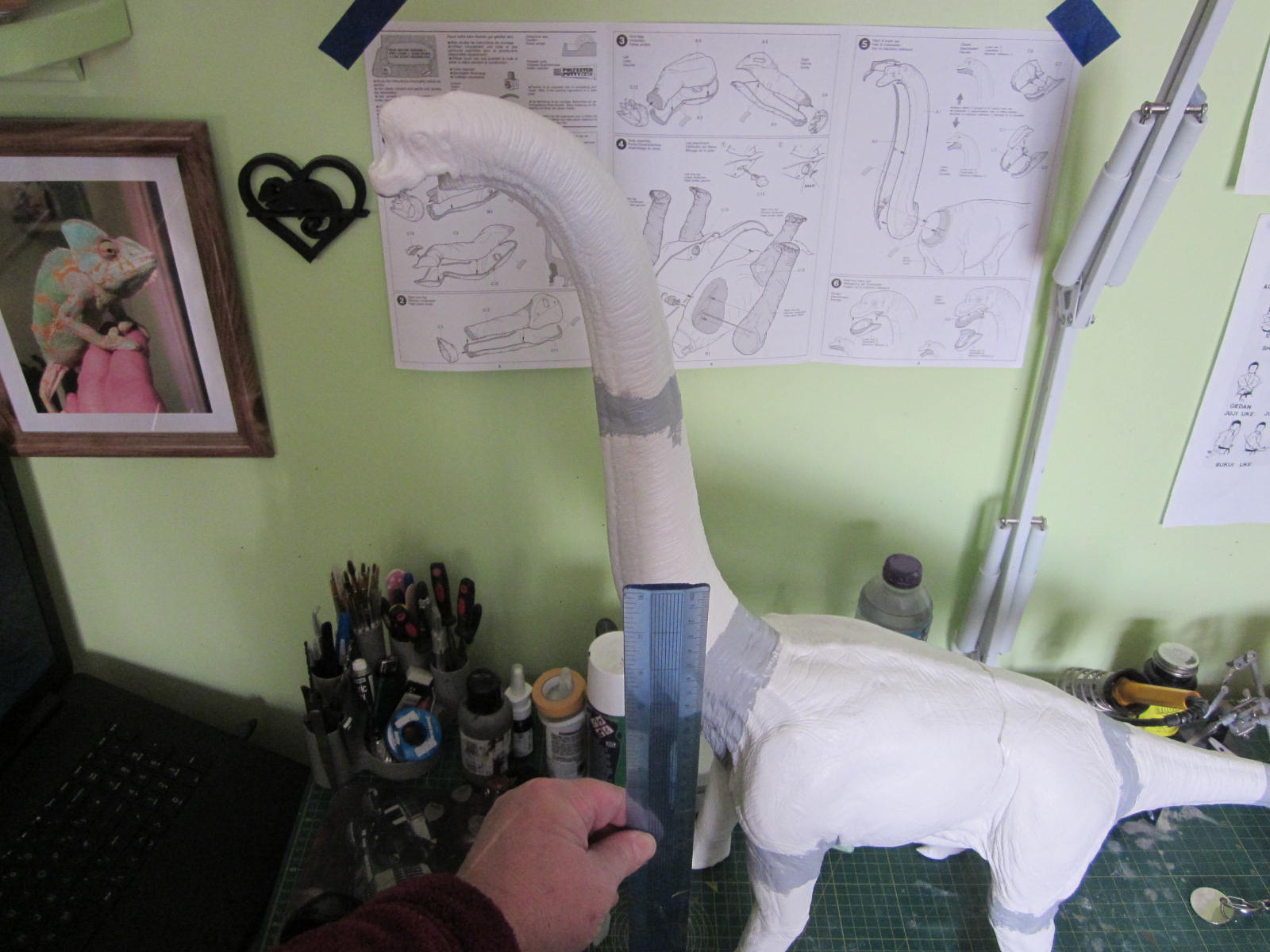 That's an 18inch ruler next to her in the second picture above and as you can see there's easily another 10inches to go to get to the top of the head.
I plan on tackling that body seam in the next day or two.

The second part of the diorama is the Tamiya Brachiosaur which will become the juvenile as the two take a walk through Jurassic Park. Very easy kit to put together in a couple of days and like the big one there's just the seams to attend to and then I can turn my attention to the painting aspect of the build. 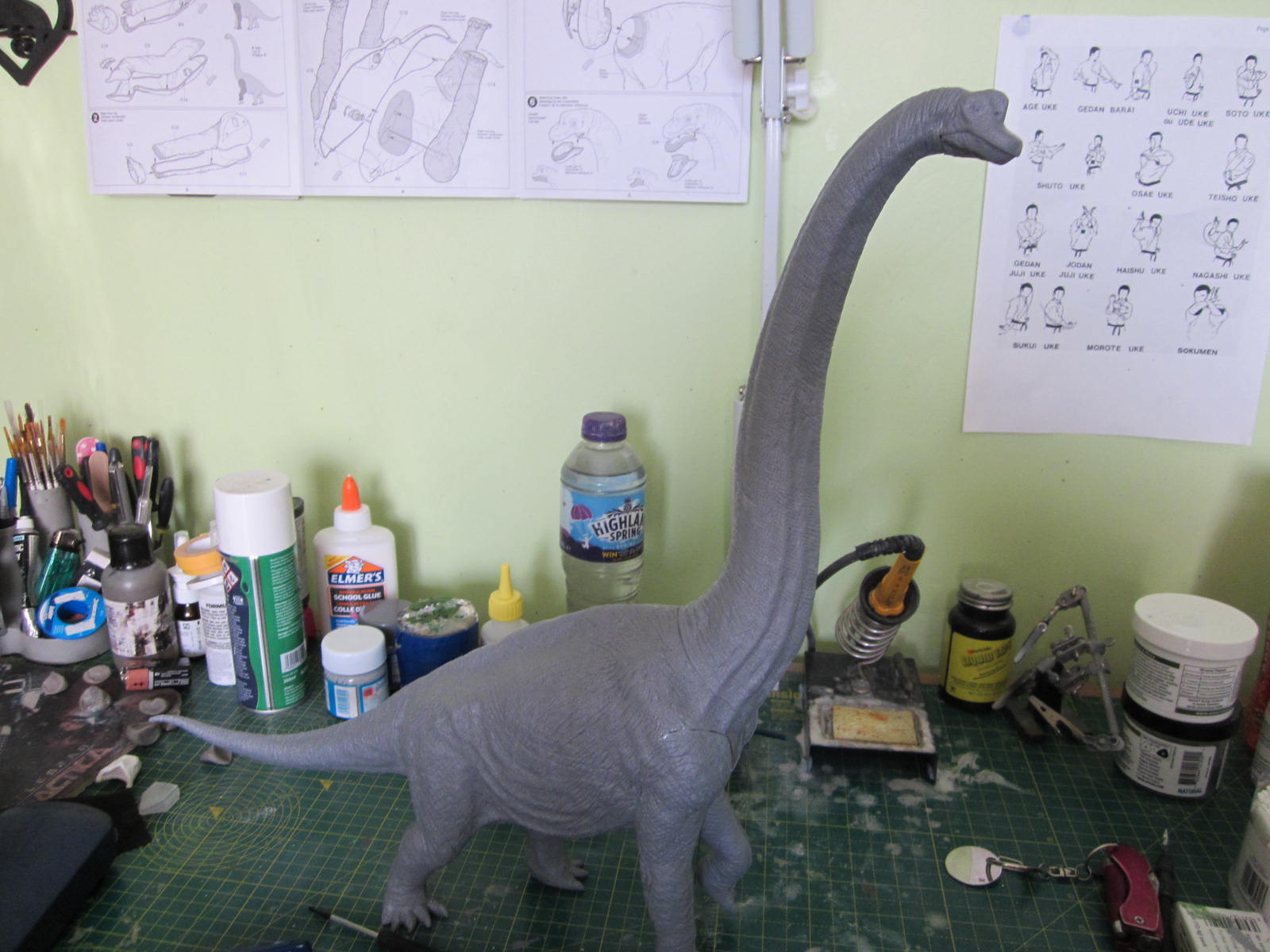 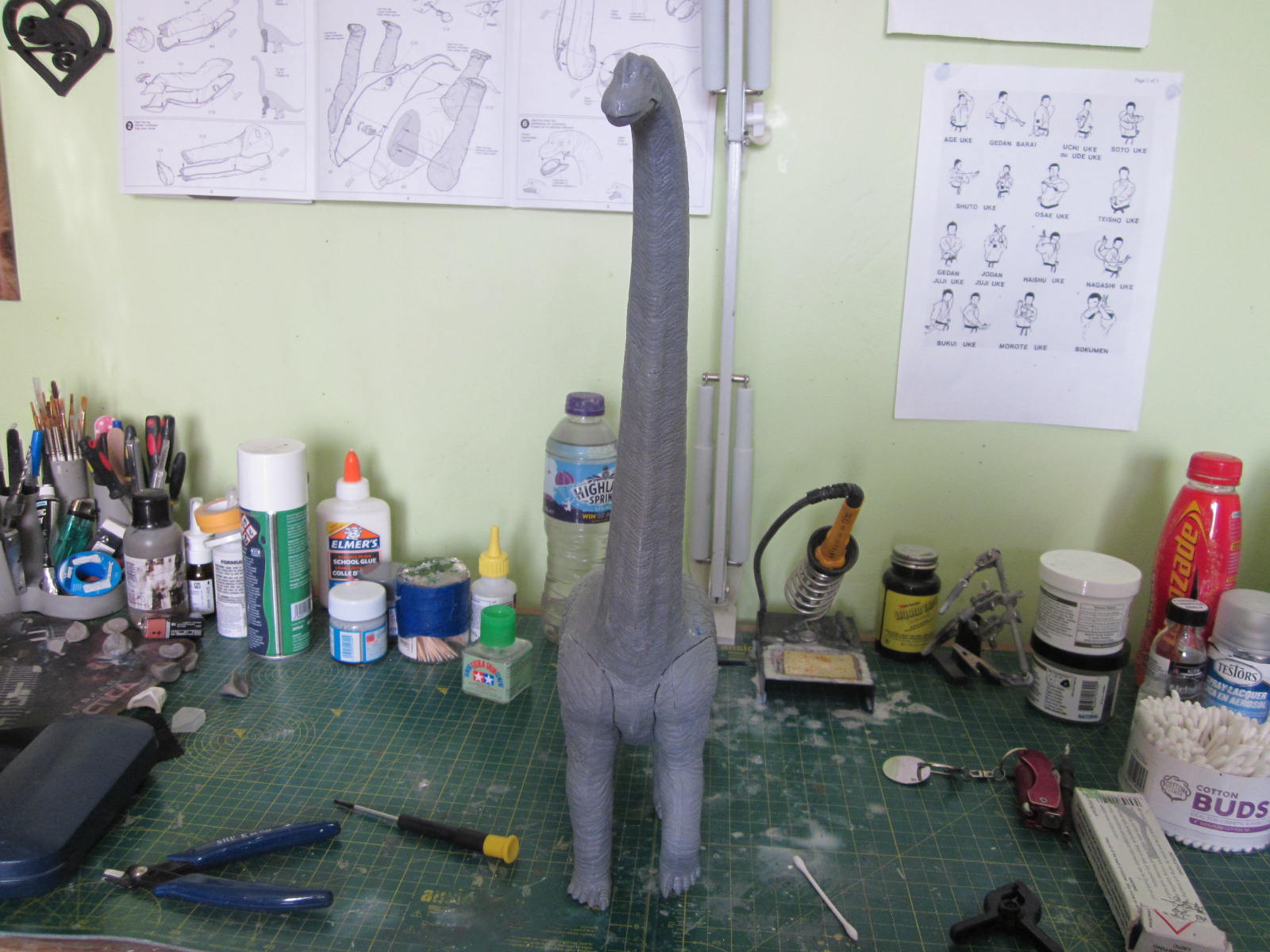 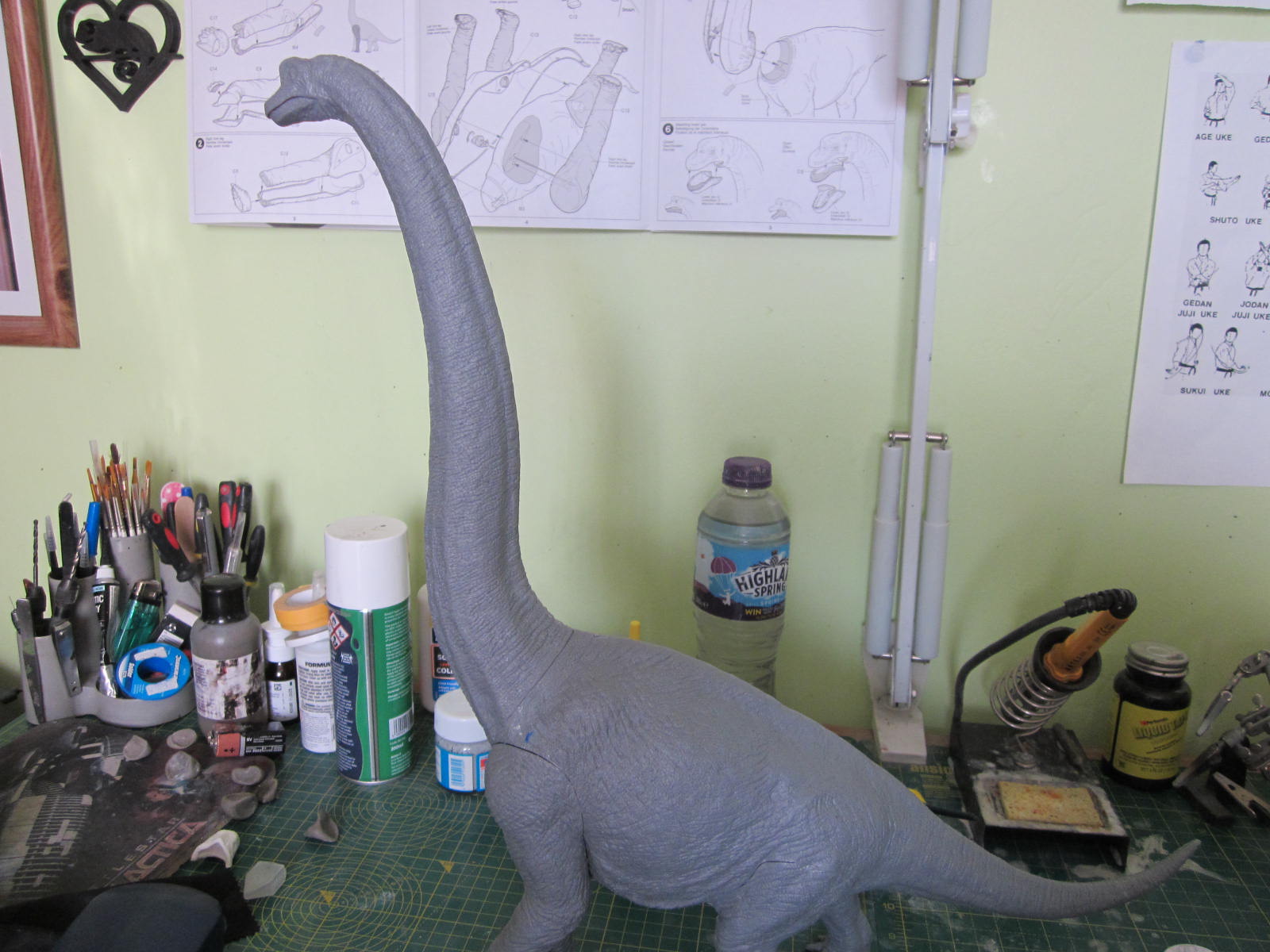 And out for a wee walk with her mum. 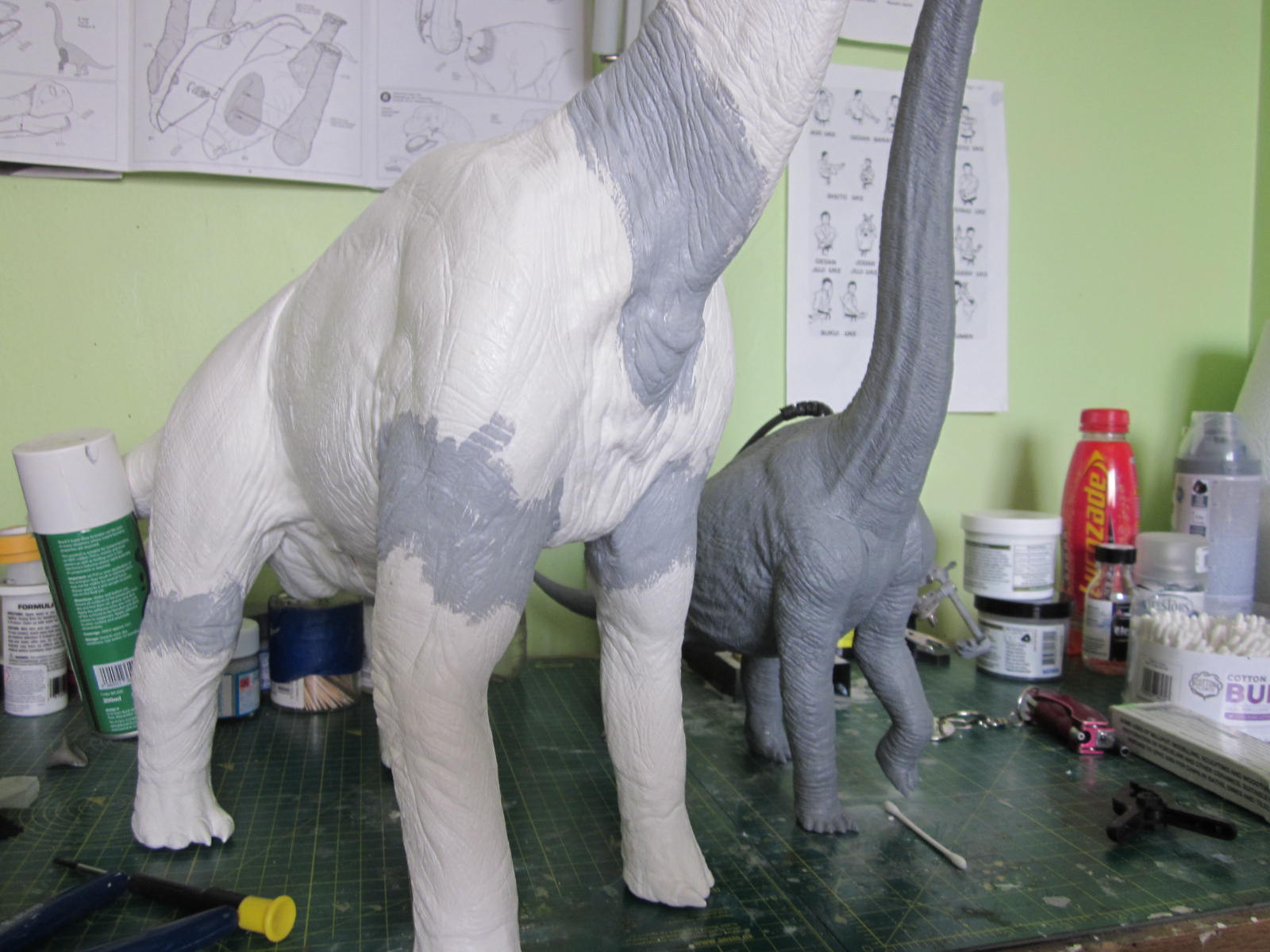 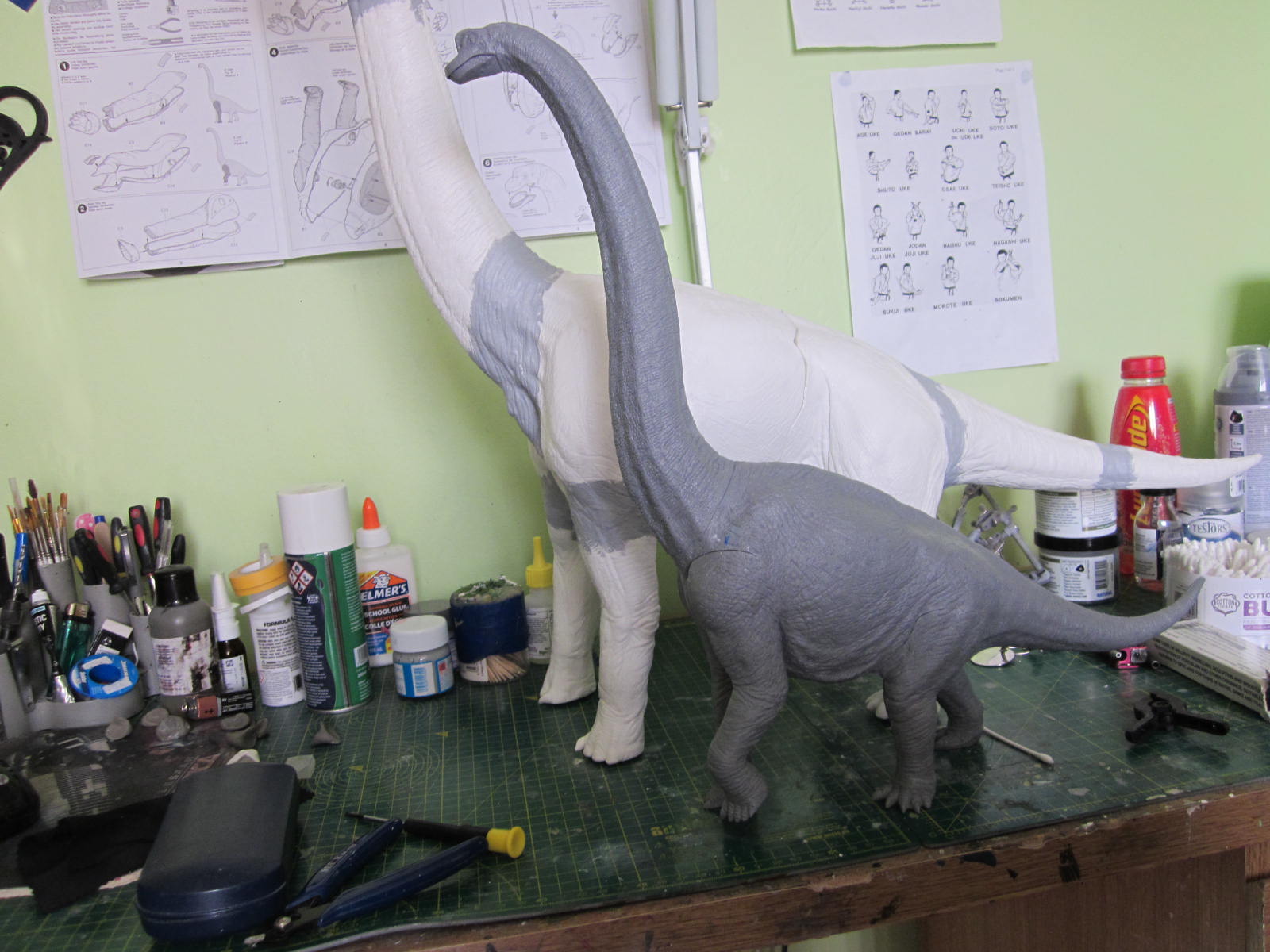 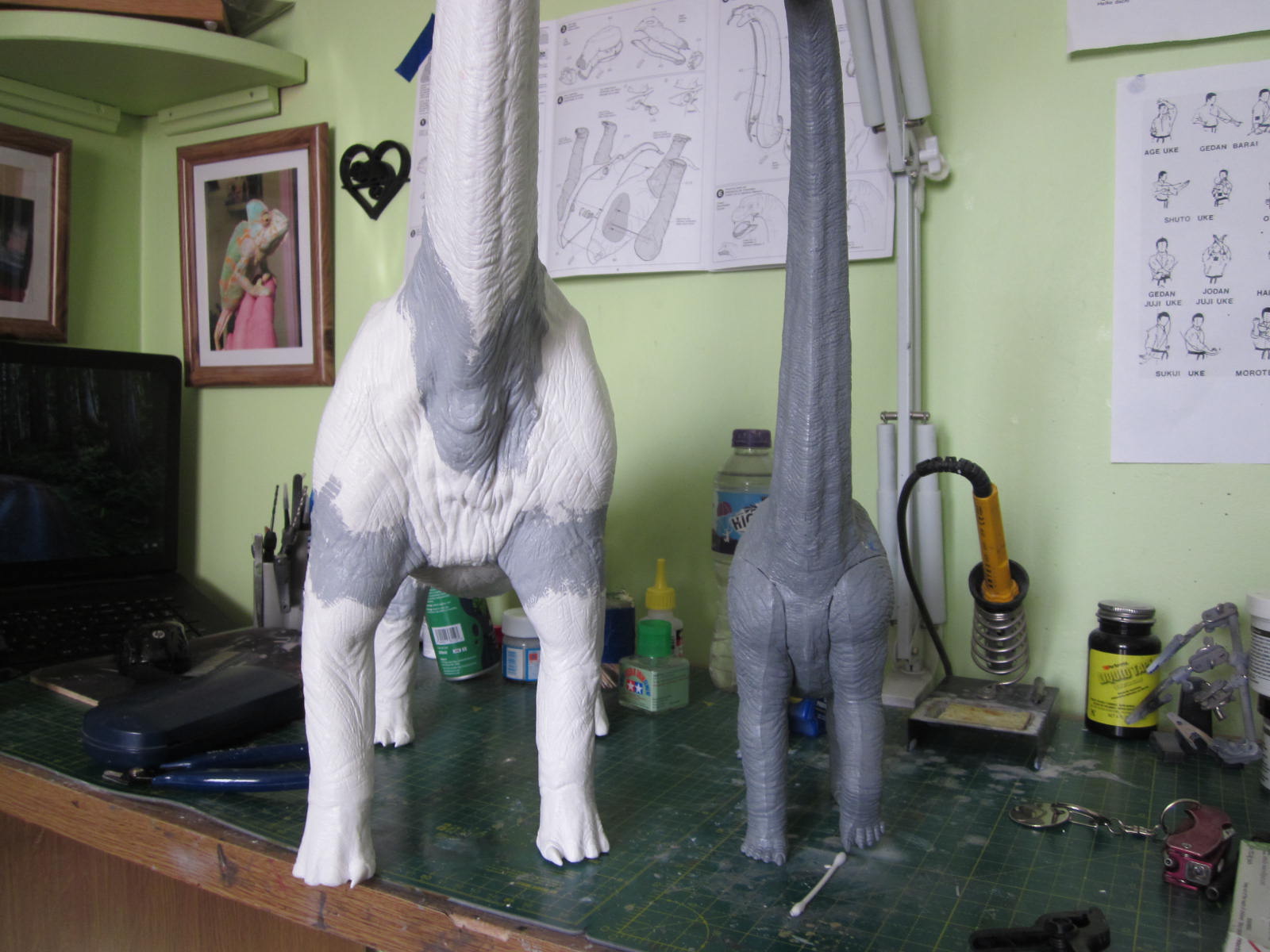 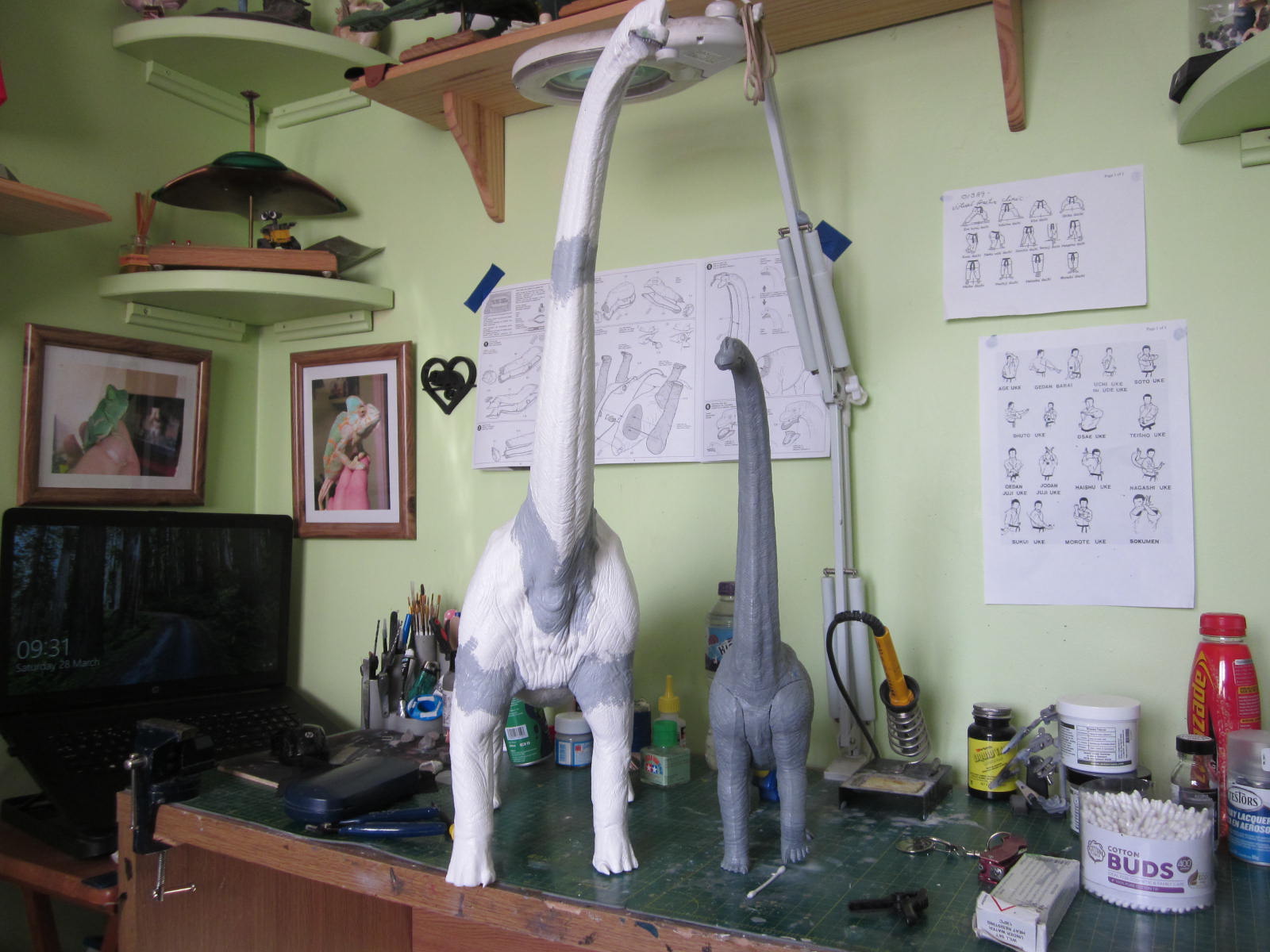 Looking forward to the painting but at this time I haven't really decided what colour/s to go for except shades of gray like an Elephant. Not going to go mad with the colours I just want a natural and subtle look.

That's us for now and I hope you like what I have done so far.
Iain