Forum rules
Forum Rules For All Members: No posts of any kind containing offensive language or personal insults will be allowed. Also, no pictures depicting full nudity whether in a post or an individual members personal avatar are permitted. Spamming or multiple trolling posts by members in an offensive way are also not permitted. Violations of these basic guidelines will result in Admin taking action starting with a warning and up to a permanent ban from the community for repeat offending members.
Post Reply
11 posts

Brief History of the Atlantic Wildcats

Best known for their contributions in the Pacific, the Wildcats and Martlets (For you guys that live to the right of the Atlantic Ocean) also gave reputable service in the Atlantic. This usually took the form of operating from an escort carrier attached to a convoy or a hunter-killer group. These Wildcats were responsible for intercepting German bombers and, in conjunction with other types, finding and attacking U-boats. The six-gun armaments of the F4F-4, Martlet II, and Martlet IV were particularly effective in suppressing the anti-aircraft guns of the U-boats so that larger, slower bombers could more safely attack with depth bombs or homing torpedoes. The threat of strafing by a Wildcat would often persuade a U-boat to submerge, reducing the chance of catching a convoy.

When fighting U-boats the Wildcat's job, normally was to shield her larger sister the Avenger while the latter dropped depth charges or acoustic torpedoes. Both planes were given credit in such cases. Known to be rugged and forgiving, the Wildcat's performance limitations were not a significant handicap in the Atlantic, where there were no enemy fighters to contend with.

At the end of the war, the Wildcat was just beginning to be replaced aboard escort carriers by the impressive Grumman F8F-1 Bearcat.

21 U-boats were lost to Wildcat aircraft.

This is a cheeky little kit with a low part count. A kit just right for a quick build and or shaking the cobwebs from a mojo-less builder. I don't plan on going (Scuse the pun) "wild" on this Wildcat. Just a back to basics kind of build. 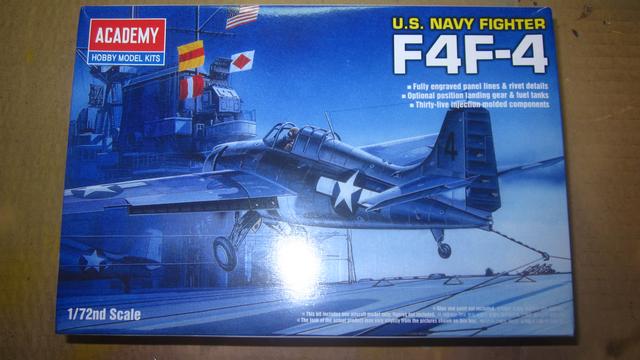 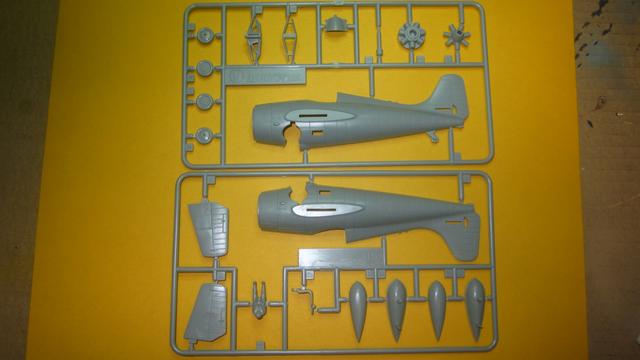 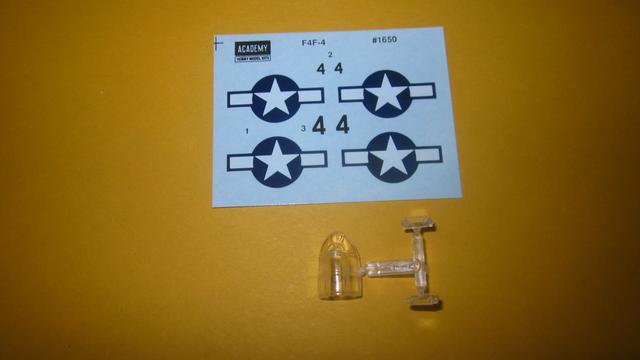 There is no detail in the cockpit and of course it will never be seen so all I did was paint the interior yellow chromate and added the pilot. The pilot is lacking in detail but I think I was able to get a decent enough paint job on him. He should look ok under the canopy 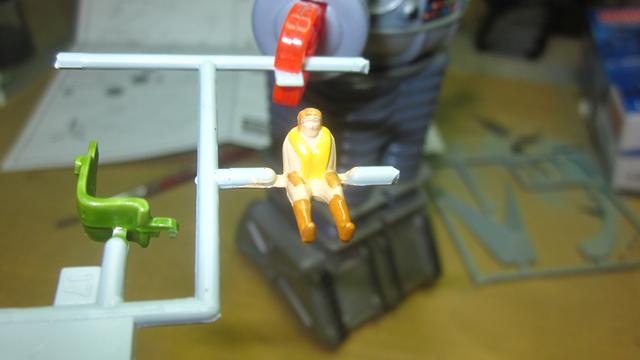 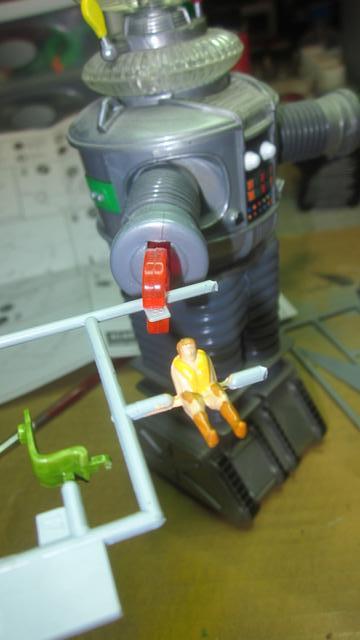 Now back to our regularly scheduled build. This is a tiny kit and there won't be much to see after its buttoned up so all I did was apply some interior paint to the cockpit, landing bay and interior engine cowl. I installed the pilot, then painted the engine and installed that as well. Easy peasy, nothing to it. 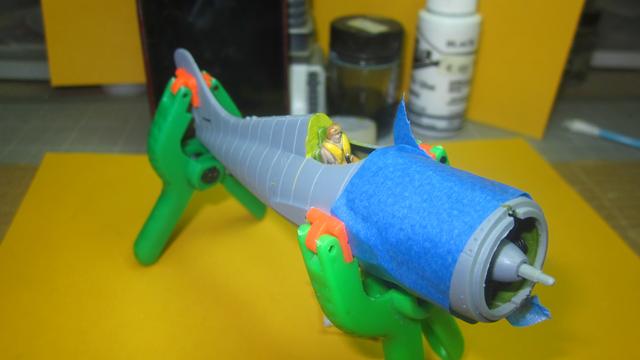 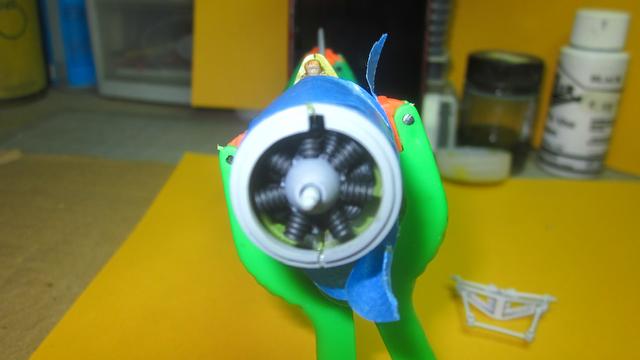 Before everything got locked up I added a mount for the stand that this will sit on later on.Its a hollow tube from evergreen styrene. As you can see there is a bit of cleanup needed. "Boy i love sanding, its the best part of making models" said no one EVER! 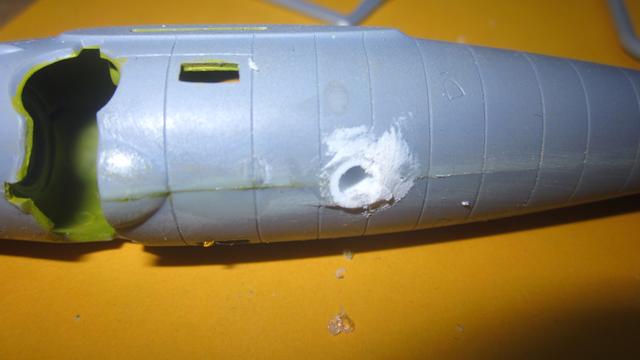 Thanks for taking the time to look at my build
.... Dirk

This build is (scuse the pun) flying along but not without errors on my part. Wings and horizontal stabilizers are in place. I even got some masks cut for the cockpit windscreen using Tamiya tape. 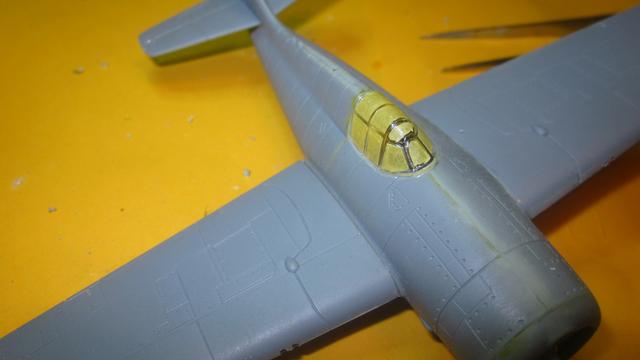 When I installed the landing gear I positioned the gear doors in the closed position which put the gear itself in the wrong place. I ended up having to cut them out in order to re-position them. By no means is this the end of the world but it is a speed bump I didn't plan on. Oh well live and learn. 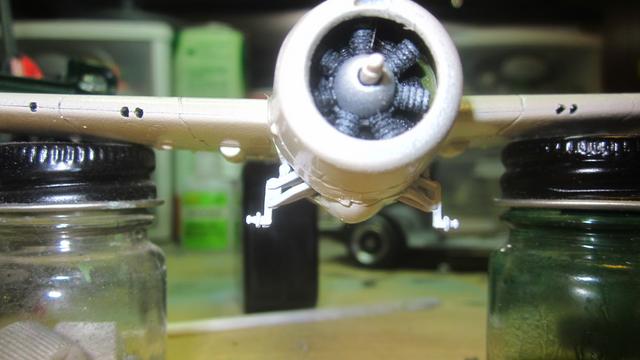 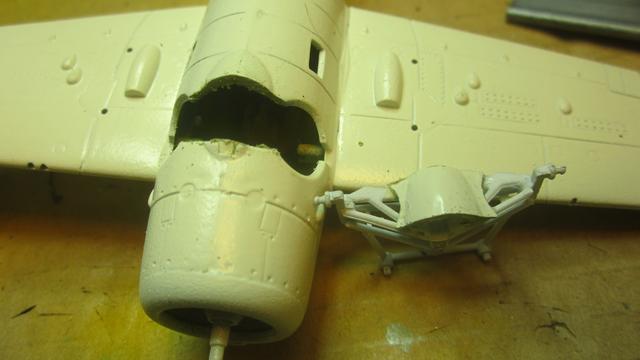 Here you can see how the doors should look when opened. I'm such a tool. 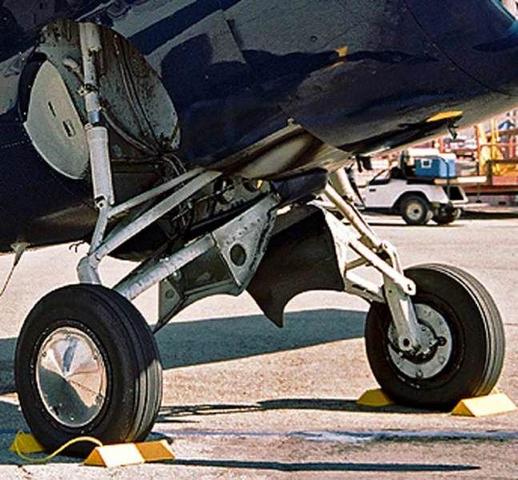 Time for the second application of paint using Model Master Medium Gray. I did this free hand and even though I have some touch-up work to do I'm pretty happy with the look. 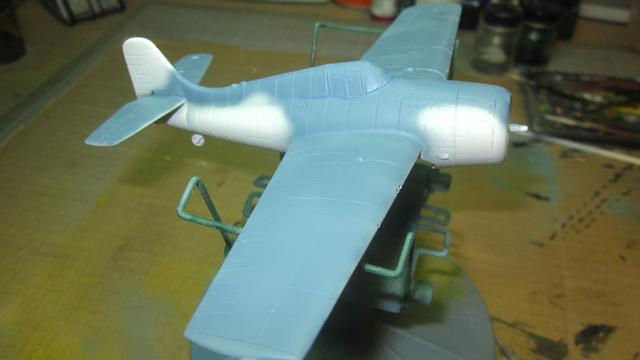 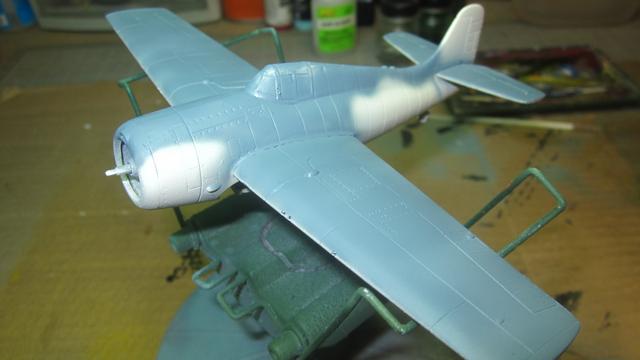 Alright, I got paroled from the place I call work for a few days and tried to decompress with some model building. Here is where we are with the Wildcat

we got DECALS!!! There aren't many but it is what it is 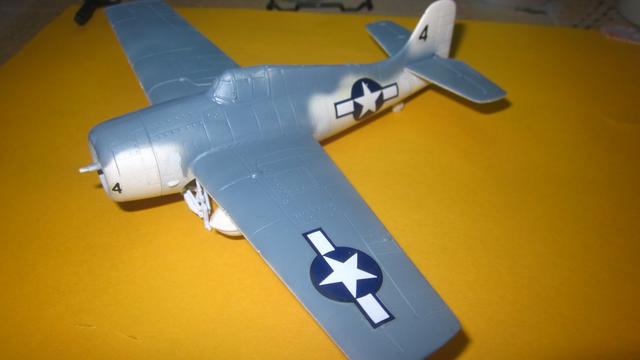 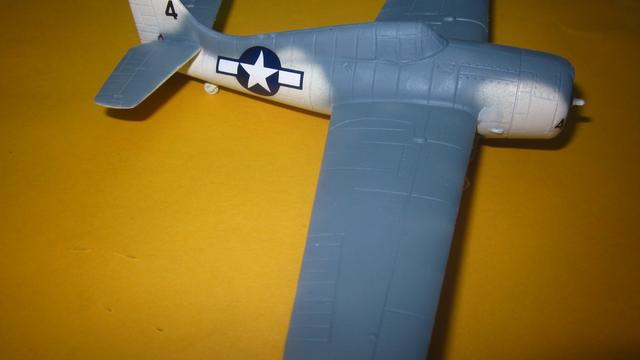 Thanks for looking and till next time, B - Strong
.... Dirk

Time for some weathering with some oils and pastels.

First an oil wash for the panel lines. 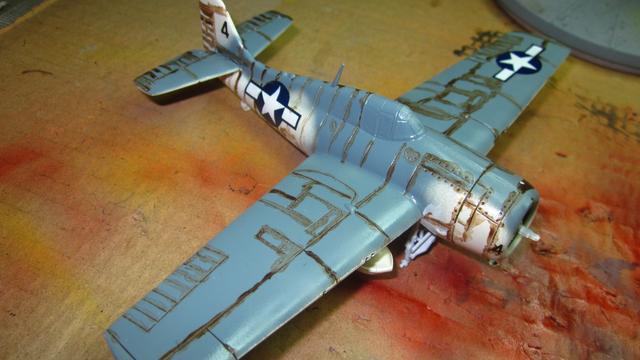 Once that was done it was on to the pastels for the exhaust and other aircraft grime. 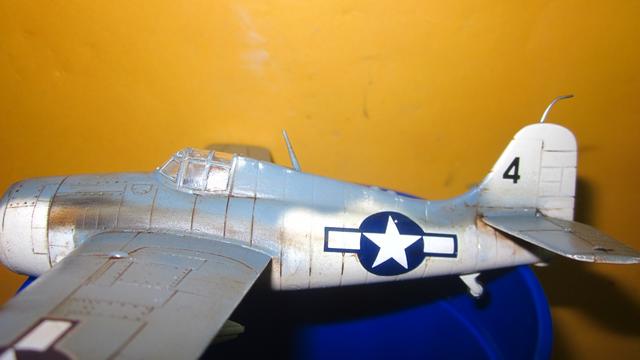 Time for a base of some kind

Very nice! I love the technicolor clamps and the robot holding stuff up.
"The universe is a pretty big place. If it's just us, seems like an awful waste of space."
Top

Everyone needs a helper.

Well its time to get back to the Atlantic Wildcat. Time to make a base. Here's what I'm doing.

First I took a trip to my local Hobby Lobby. For those outside the States, Hobby Lobby is a large Arts and craft chain store. My first purchase was a small wooden pine base, 5x7 with a beveled edge. This cost me a whopping $1.47. Once I got it home I gave it a quick sanding to level the imperfections and smooth the edges. I then painted it black. 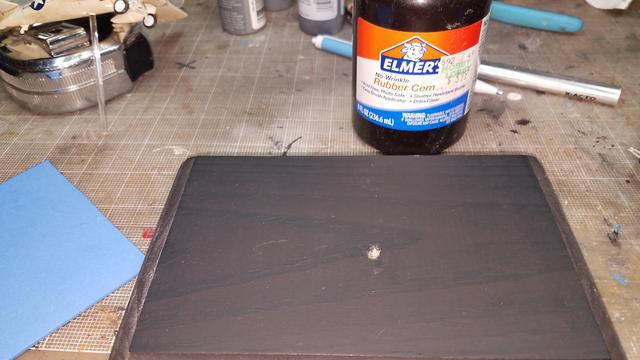 The other thing I purchased was a sheet of "Silly Winks" 12"x18" x 2mm foam sheet. This cost under a dollar per sheet. I will only need a 4x6 piece. Once home I took a new blade and a straight edge. I scored (Just cut through the surface) the foam. Once I finished making the shallow cuts in the foam I trimmed the foam to size (4"x6") 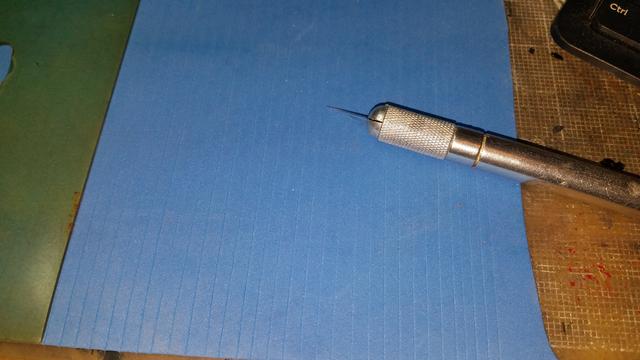 Using Elmer's contact cement I placed a thin coat over both surfaces (Wood and foam) and put aside to dry for about 5 minutes. I then placed them together and pressed for a good setting. I then took my heat gun and sealed the foam by waving heat over the foam. This preps the foam for painting. If you don't seal the foam it will suck up large amounts of paint and could give you an uneven look. This also causes the cuts I made earlier to open and become more visible. 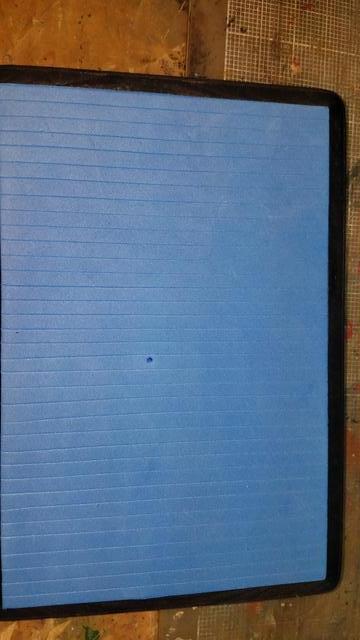 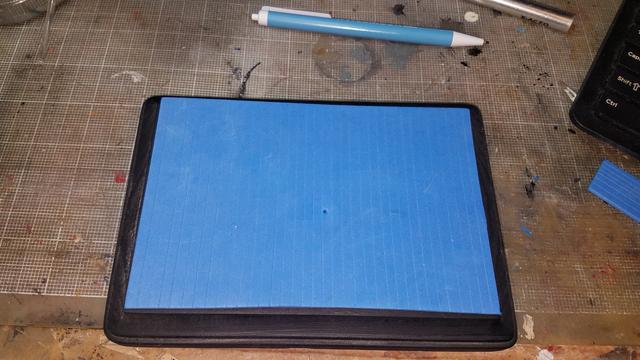 Never thought about a heat gun for the foam. Good to know!
Top
Post Reply
11 posts